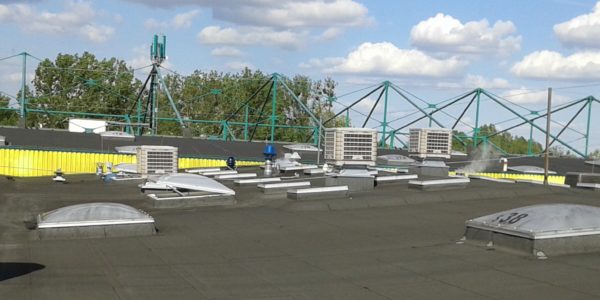 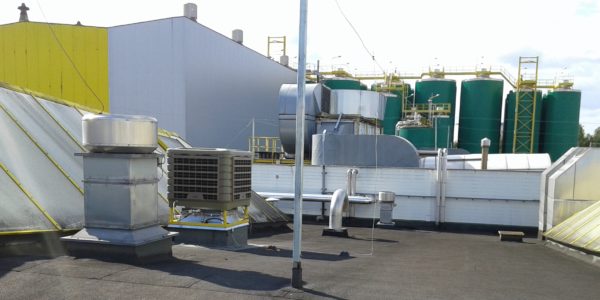 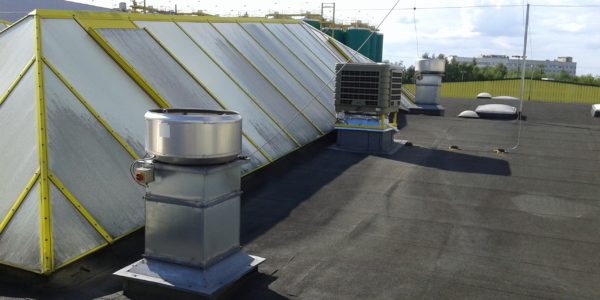 Brewery in Poznan is one of the most advanced brewery in Europe. This manufacture is able of producing 8.2 million hectoliters of beer annually, wchat gives 1.64 billion bottles of beer.

In brewing plant in Poznan there work 500 people of which most people work on production site. During summer temperature in brewery rises to dangerous level of above 35*C. To resolve this problem Brewing Company decided to install evaporative coolers.

On top of bottling plant there were installed 6 evaporative coolers of summary air flow of 90 000 m3/h. Installed coolers have cooling power of 200 kW but they only consume 6 kW of electric power. On below pictures you can see how coolers were installed.